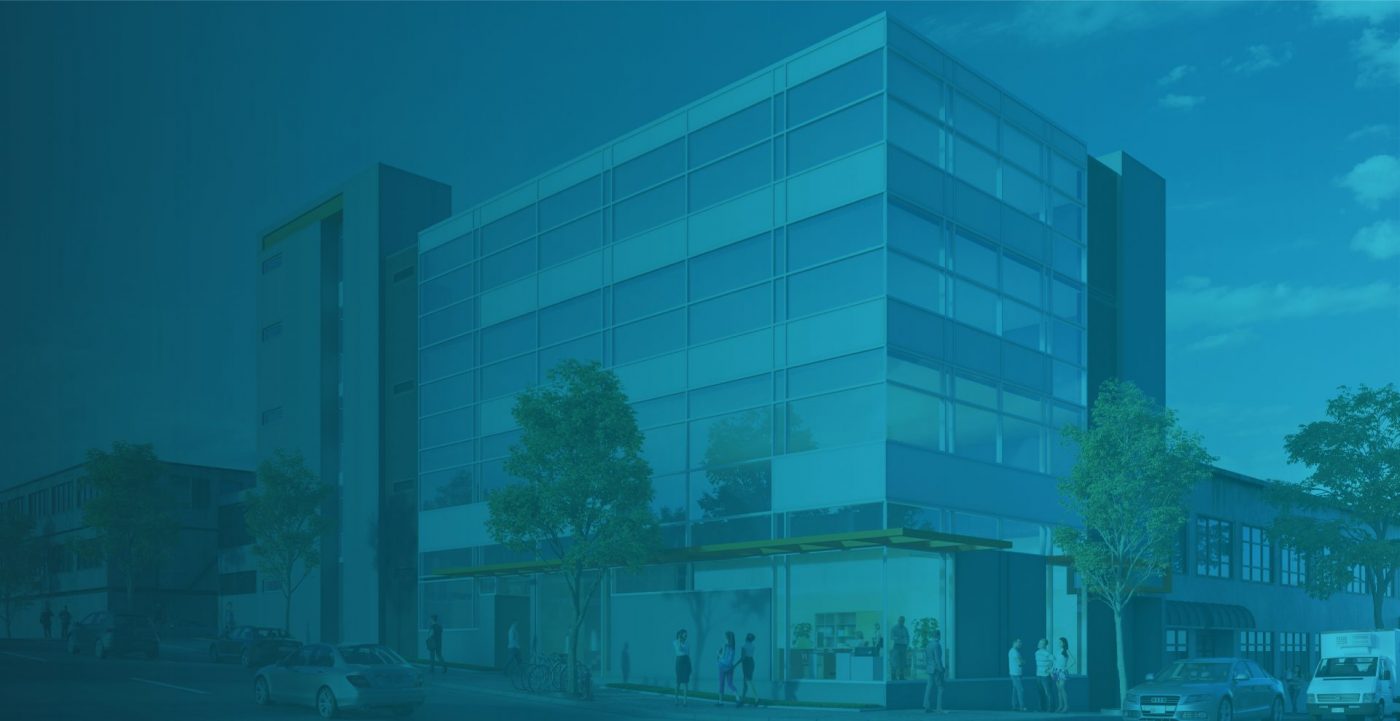 Wavefront Centre for Communication Accessibility is governed by a volunteer Board of Directors.  In accordance with the BC Societies Act, these Directors are accountable for the oversight of Wavefront Centre as a registered charity. 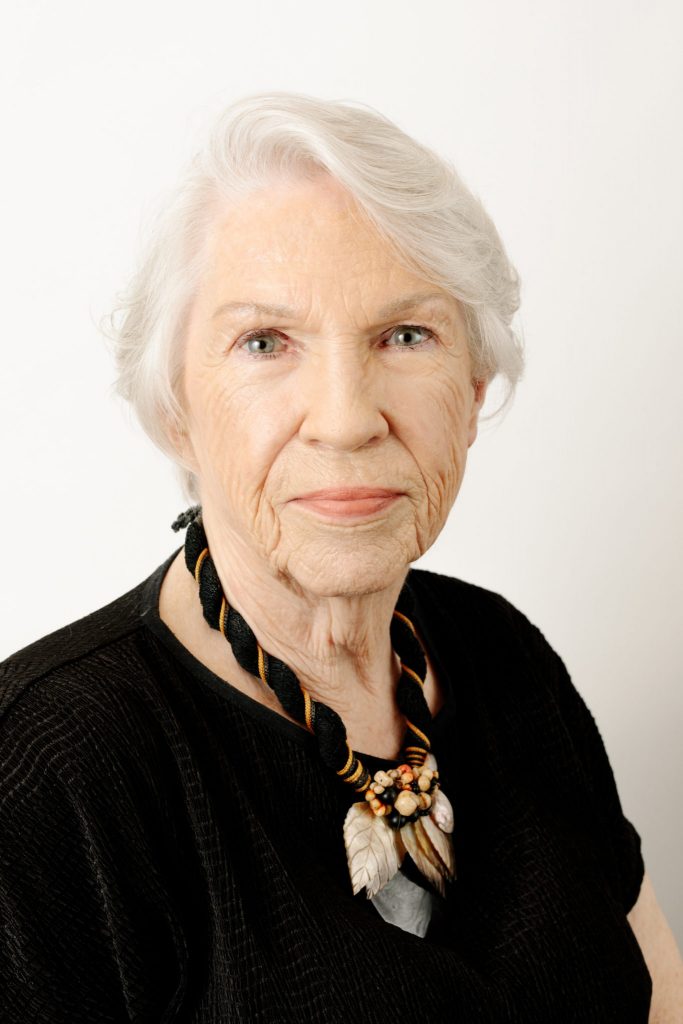 A 1959 graduate from the Winnipeg General Hospital as an RN. Worked in clinical practice in Winnipeg, Montreal, Toronto and Vancouver. Following a 1977 BScN, taught at several schools of nursing leading to two Director of Nursing positions. Following a 1988 graduate degree, established a consulting practice that led to working as the hospital administrator in Bella Bella, an Indigenous community on BC’s central coast.

Married and divorced, with two daughters.  My oldest daughter, Jill, is a Nurse Practitioner in Nevada, USA. My younger daughter, AJ, was born deaf and with a neurological disorder similar to cerebral palsy. WIDHH was the only place where I found help when AJ was a pre-schooler. My volunteer time now is to thank the Society for their support at a time of great distress in my family.

I started my journey at Vancouver General Hospital in the same year that Wavefront Centre began theirs, with my childhood spent in Vancouver and, Parksville (Summers with my grandparents). I attended Queen Elizabeth Elementary and, Lord Byng Secondary schools in Point Grey. A post-secondary year of traveling led to UBC (1975-78) Linguistics and, Biochemistry studies before completing my M.D.(1982). at the University of Toronto. My university years were funded by working for captain Ian Bryce LLB. [I served as his salmon fish-boat crew/deckhand] A post-M.D. rotating internship (1982-83) at the Royal Colombian Hospital [President of the Interns.] Was followed by General Practice locums [I delivered 120 babies that year.] throughout B.C. [Included work on the North Coast [Port Simpson First Nations Reserve, Prince Rupert&, Kitimatt.] From the rainforest I headed for the Northern Interior [Dawson Creek [Lived on a ranch caring for 1/2 doz. horses, Terrace, &, Prince George. Subsequently I completed an Otolaryngolgy residency at the University of Hawaii and, UBC, ENT locums throughout B.C. and, Clinical fellowship [Otology and Neurotology] years at the Universities of Toronto and Oklahoma.

I began private practice [Limited to Otology/Neurotology in New Westminister in 1991, becoming Division head of Otolaryngology at St. Paul’s hospital, Vancouver in 1996. Eventually I held the UBC post of Associate Clinical Professor. I practiced at St. Paul’s and, VGH until the end of, ‘Plan-A’ subsequent to a severe R-Cerebrovascular accident [stroke] in 2000. Since then, my work has encompassed rehabilitation and, social-profit governance, advocacy and, fundraising [ resource development.] I married my highschool friend, Cicely Ford in our 4th year of medical school and, our 3 daughters study or, have completed graduate degrees. 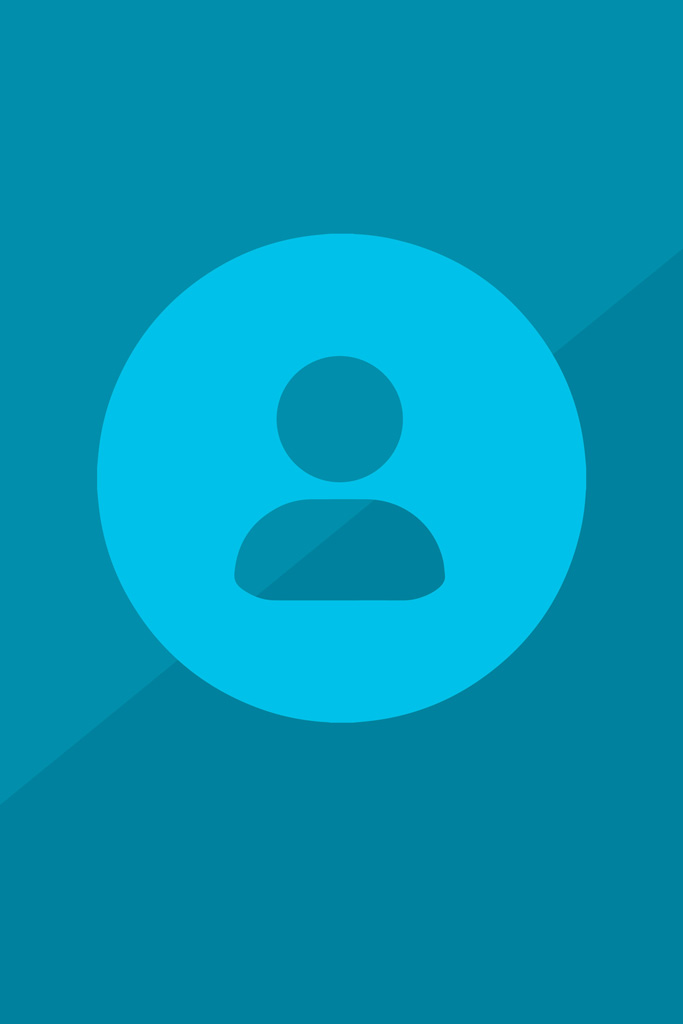 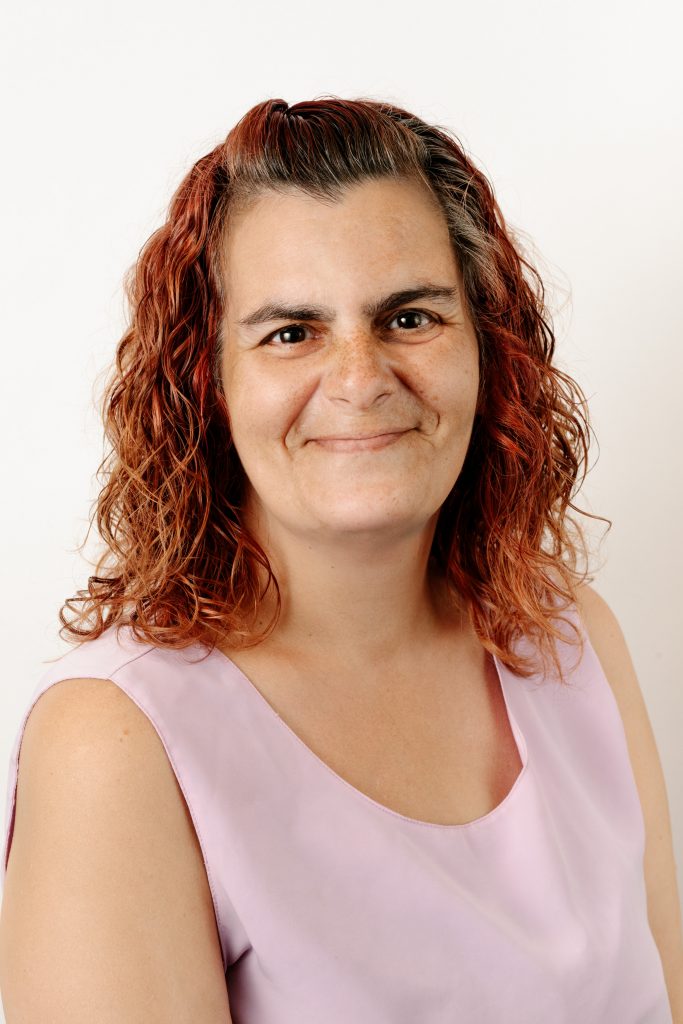 Read Bio
Kimberly is deaf and was born to deaf parents. Growing up she loved to read Stephen King novels in her spare time when she wasn’t playing volleyball, basketball or skiing. In between all her sports, Kim was actively involved in her high school student council, especially working for equal rights causes.
Kim and her partner have been together for almost twenty-three years. They have four children one of whom is deaf and two are hard of hearing. Kim was committed to bringing VRS to Canada, working for this for many years and was in Ottawa when VRS was signed into law.
Kim works full time, enjoys bike riding as a form of meditation, and walks with her well-behaved Pit Bull, Rocko.
Kim’s volunteer work is her way of giving back to the community. She is passionate about seeing members of the deaf community successful in life, in work and in the community. She strives for equality, believing that every individual has the right to equal opportunity and freedom from barriers to make the most of their lives and talents. 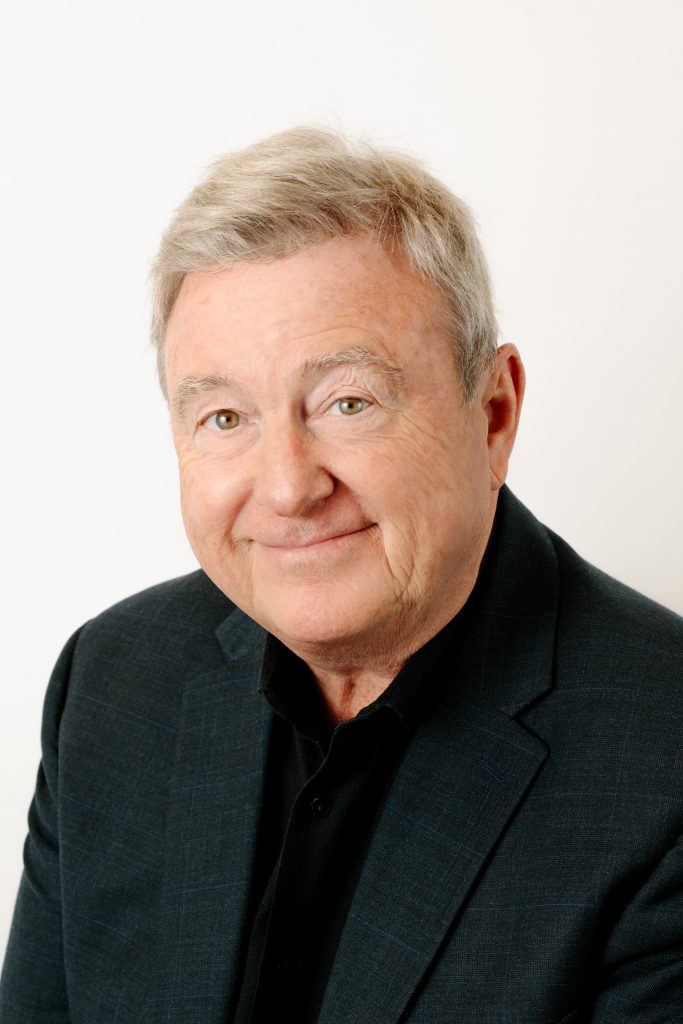 I have worked in the capacity of a rehabilitation psychologist and medical-legal consultant evaluating residual employability of persons with debilitating orthopaedic injuries, as well as post- traumatic stress and acquired (traumatic) head injuries, since 1980. I have been accepted as an expert witness in the area of vocational rehabilitation in the Supreme Court of both British Columbia and the Yukon and Washington State (USA) and I have presented expert opinions on the employability of persons with disabling conditions. My credentials include a Doctor of Psychology (Psy.D.) from California Southern University, Santa Ana, California, USA, a Masters degree (M.A.) from Simon Fraser University. I am currently a Certified Vocational Rehabilitation Professional-Fellow (CVRP/F) with the College of Vocational Rehabilitation Professionals. I am a Diplomate (ABVE/D) with the American Board of Vocational Experts. I am a registered member and in good standing with the Canadian Psychological Association. I am a member in good standing with the Canadian Society of Medical Evaluators. I have held the position of President for several organizations including the Deaf-Blind Rubella Associations of BC; the Canadian Association of Rehabilitation Professionals BC; and Youth Employment Canada. Currently, I am on the board of directors for the Wavefront Centre for Communication Accessibility in British Columbia.

Since 1984, I have consulted to private and institutional agencies serving the needs of persons who are mentally and physically disabled and persons with closed or traumatic head injury in both Provinces of British Columbia and Alberta as President of Vocational Litigation Solutions Inc.

I am the father of a deaf-blind child now age 43. I am the spouse of Jamie and have been in a same sex relationship for the past 45 years. My hobbies are vintage cars, golf and wilderness hiking. 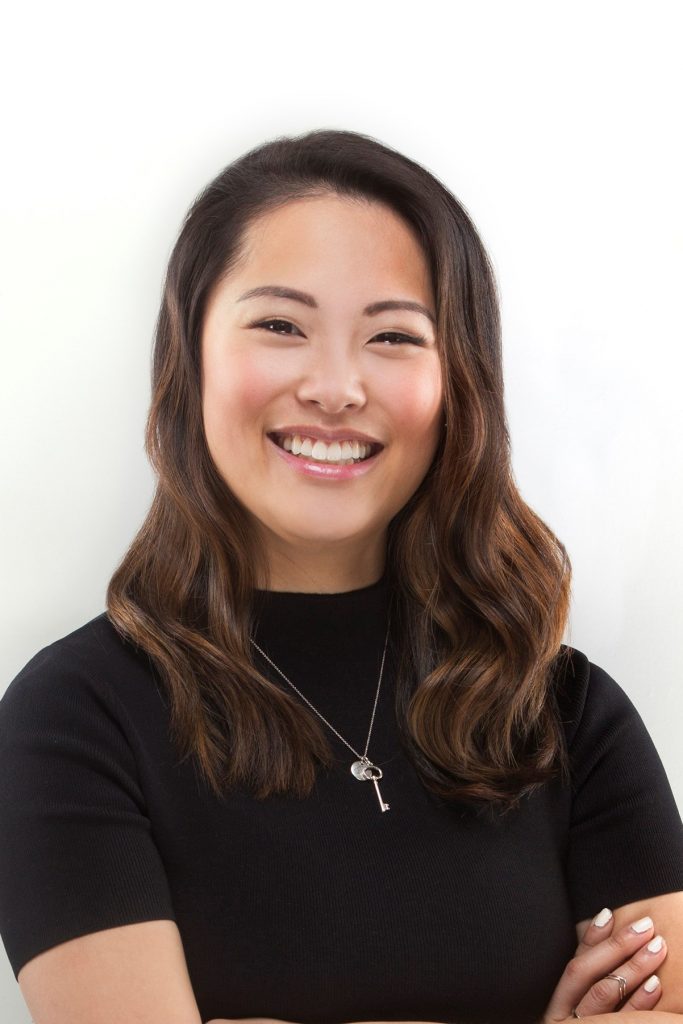 Rosalyn is committed to serving Wavefront Centre as the organization continues to make strides in the Deaf and Hard of Hearing community and is excited to take part in this future growth stage. She hopes to assist the Board in areas such as corporate governance and strategic decision making.

Rosalyn is a corporate lawyer at MEP Business Counsel in downtown Vancouver. She has several years of experience advising clients across multiple industries on matters such as corporate governance, sophisticated mergers and acquisitions, corporate finance transactions and day-to-day commercial matters. Rosalyn holds a Juris Doctor degree from the University of British Columbia and a Bachelor of Commerce with Honours from the Sauder School of Business at the University of British Columbia.

Whenever the opportunity arises, Rosalyn is quick to travel, having been fortunate enough to visit many countries, including across Europe, Asia, Australia and South America. She shares two bulldogs, Bubba and Gump, with her fiancé.

Wavefront Centre for Communication Accessibility is the operating name for Western Institute for the Deaf and Hard of Hearing, a registered charitable organization.
Charitable Registration Number #108200098RR0001

Accessible brand and website made with heart by Harc Creative